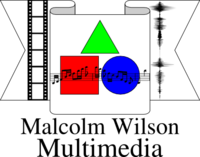 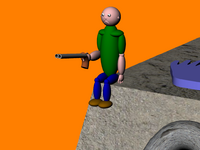 Malcolm Wilson Multimedia is a studio founded by Malcolm Wilson to front his multimedia projects, and has since taken on work for others, as well as its on in-house projects and productions. The logo and theme for the studio was created in 2006, but is first public website was launched in 2009, and more properly on July 1, 2011 under the hosting patronage of icculus.org. Brogo, its first project, was however initially launched earlier on January 1, 2005. It also hosts the Symel animation project, and in 2013 unveiled the Space Rover science fiction comedy project.

Its greatest long-term relationship has been with Piga Software, co-founded by his younger brothers Hamish and Graham L. Wilson. This began with the Brogo tie-in game Donut Quest in 2006, with MWM creating the game's graphics and composing its game soundtrack. Earlier compositions by Malcolm were also used in the still unreleased title Billy Bear in July 2005, and MWM has since composed the soundtrack for Windys in 2009. MWM has also done multimedia work, and even orignial content creation for Alexei Volkov series (2009, 2011), Piga's collection of holiday games (2010-2011), and the demonstrative game Childish Cannoneer (2012). It has also created the pre-rendered models presently found in the Lamp Refugee (2009) technical demo.

Retrieved from "https://pigalore.miraheze.org/w/index.php?title=Malcolm_Wilson_Multimedia&oldid=561"
Category:
Cookies help us deliver our services. By using our services, you agree to our use of cookies.