Most software developed by Piga is written in Gambas. As a result it requires the Gambas Runtime. Unfortunately at this time there is no native support for running the Gambas runtime under Windows. However, there are many solutions available for this problem.

Once only available for command line Gambas programs, it is now possible to run graphical, feature rich programs. Therefore, this is the recommended method as of version 3.9.2.

If you are a programmer and you feel up to this challenge then you may want to consider this option.

Although this is theoretically possible with any language, some are more similar to Gambas than others. 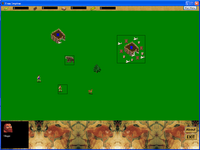 The most obvious candidate for porting is Visual Basic .Net as it is a common BASIC derivative with a form designer that works well in modern version of Windows. Also VB.net has a stripped down "free for use" version (Community, previously Express), and shares certain syntax supported in Gambas (such as -= or += shorthand and zero indexed arrays). If you have the need, you may also consider using the original Visual Basic (presumably version 6) for legacy versions of Windows. Other commercial BASIC versions like PureBasic and Xojo, as well as the freeware RapidQ, are also options.

Although descended from the earlier QBasic rather than Visual Basic, the FreeBASIC language features numerous modernizations including partial support for object-oriented programming. Although primarily used in pure markup, there exists a few visual IDEs, one of the most active currently in English and cross-platform being VisualFBEditor. The presently discontinued Basic For Qt is also an option, as well as markup based variants of BASIC such as wxBASIC or SdlBasic and Basic4GL.

In terms of feature set, the IDE most similar to that of Gambas available in the free software world is arguably Lazarus, an environment powered by Free Pascal. Similar to how Gambas was inspired by Visual Basic, Lazarus was inspired by the very similar Delphi for Object Pascal. Theorectically one could also port a Gambas program to Delphi itself, for which there does exist a freeware community version, if one does not care about using an open source foundation.

A stated on the Gambas Documentation you can used SSH Forwarding to run Gambas programs in Windows. The page has it nicely layed out for using the NX protocal.

You can also use PuTTY and Xming (or CygwinX) to so the same thing. On the Linux server you need SSH installed and the port opened if you are running a firewall (the default is 22). On the Windows computer you need PuTTY and an X11 server, like Xming.

One you have the Gambas software installed on Linux run the X11 server and PuTTY on the Windows computer. Make sure PuTTY is set to allow X11 forwarding too your server. Then connect and login to the linux server.

One you have done that run the program using the relevant command.

Things to add to tutorial:

For this option you need a Virtualisation environment to run a "virtual copy" of Linux on top of Windows. There are several available including Parallels, VMWare, Virtual PC, and VirtualBox. For this documentation we are going to use Sun Microsystems VirtualBox platform. The procedure should be similar for other platforms however, you may need to consult documentation specific to it. Microsoft's Virtual PC should work but is not recommended since there is no official support for Linux guests.

coLinux is actually a specialized cooperative virtualisation environment for seamlessly running Linux under a Windows kernel. As shown from the above screenshot, Piga Software has successfully tested this once using andLinux; as has Daniel Campos.

This is usually done using an X terminal emulator such Mobaxterm on Windows as WSL does not support X11 graphics directly.

Retrieved from "https://pigalore.miraheze.org/w/index.php?title=Running_Gambas_Programs_in_Windows&oldid=1334"
Category:
Cookies help us deliver our services. By using our services, you agree to our use of cookies.